You might have heard about this game. Or not. Really, in this world of options it is easy to get lost in the noise.

Netrunner is an asymmetric Cyberpunk card-game for two players. Two players construct decks and face off in a game. However, this is where comparison stops to all other card-games. You are not playing with creatures or mana, no heroes exist in this world. There is no focus on good or evil.

You are playing as a Hacker, and you are driven by profit, ideal or simply the challenge. Or you are playing as a Megacorporation, too big to ever have such petty concerns as convictions or morals. Your ambition is bigger, your agenda is dominance. 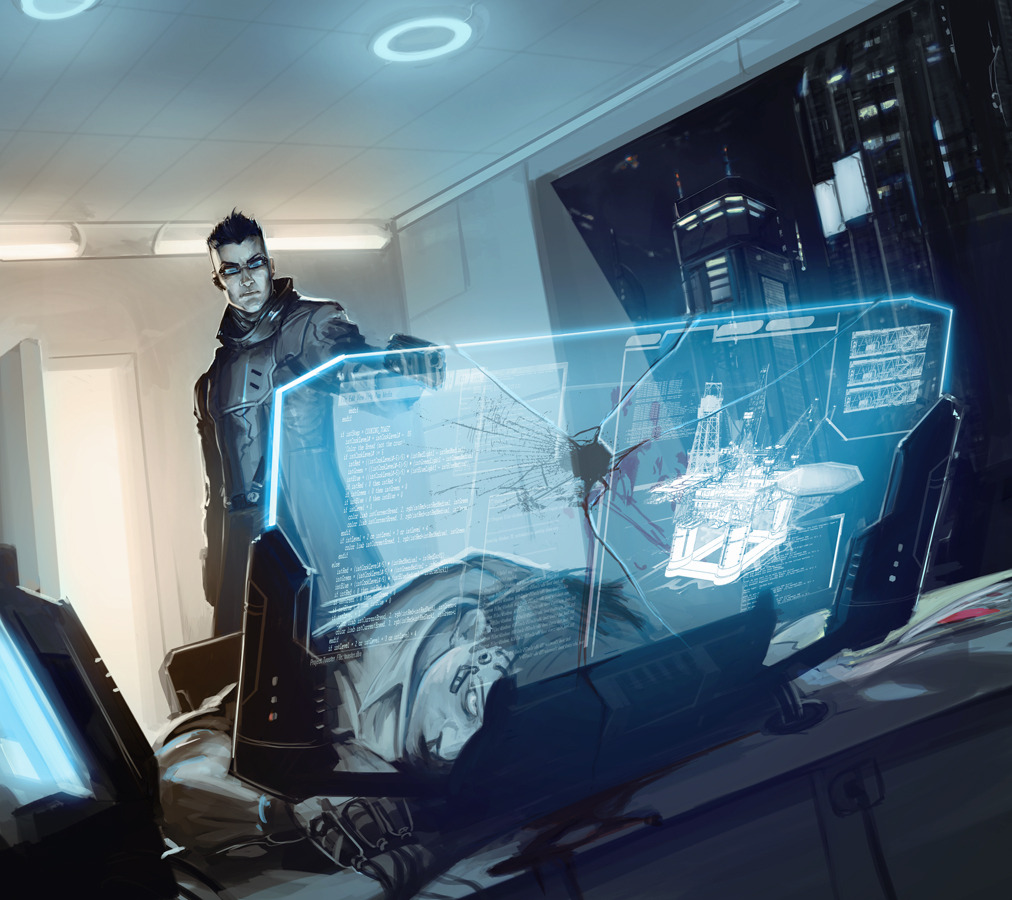 Which side are you on? Does it matter?

Good strategy-games usually have a cycle of strategies that you will most likely have heard before. The three are offense, defense and economy. Especially prominent in RTS-titles like Starcraft or Age of Empires these terms describe the extremes of strategy that players dance between.

Starcraft 2 is a classic example

Offense means investing your resources in disruption of the opponent, often by building military and taking the fight to the opponent (‘Aggro’, ‘Rush’). It is beaten by Defense. Defense means investing in protection like walls and units that are bad at attacking but specifically counter the opponent’s units (‘Turtling’). Defense is beaten by Economy. Economy means investing in your economy (maximizing your efficiency, or ‘booming’). This gains you tempo and makes you outgrow the opponent who over-invests in defense. Economy is beaten by Offense in turn as it is vulnerable to disruption. In addition to this they have an element of hidden information that makes anticipation and scouting important elements of the game. 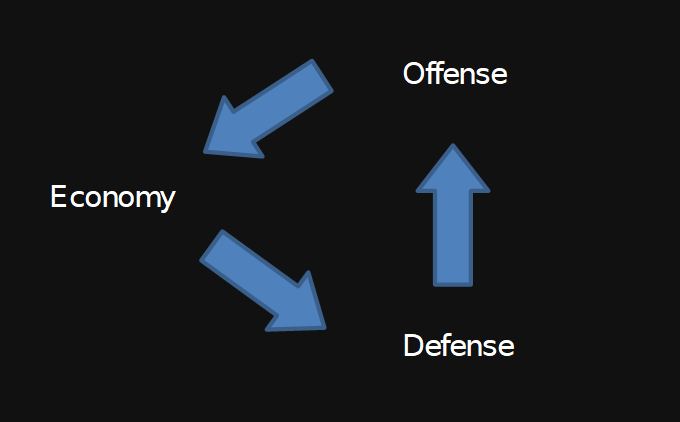 It is very easy to adapt this analogy to competitive card-games such as CCG’s, LCG’s and NCG’s. It is straight-forward even in a symmetric game like Magic: The Gathering.

These general concepts work very well to describe many games, but we require some further adaptation to find appropriate terms for Netrunner. First, let’s try to force these terms on Netrunner as an exercise.

As a Runner, offense might mean making runs for the purpose of disrupting your opponents board-state or preventing them from scoring. Defense is hard to ascribe to the Runner at all however, one could argue for ‘protective’ cards but they are not really a large part of the game. Economy clearly means building your rig and board-state, maximizing value of every click and not spending resources.

As a Corp, offense can be characterized as threatening an action that will cause the Runner to fall behind. This could be ‘scoring a Nisei Mk II’ or it could be installing and clicking MCA Austerity Policy. Defense is much more clear, as this is investing in your ICE or defensive upgrades. More subtly it might also mean not drawing cards quickly, since this slows down the pace of the game. Economy is understandable in the same way as for the Runner, but it is intertwined in drawing cards which means the pace of the game itself is also accelerated as more agendas enter play. 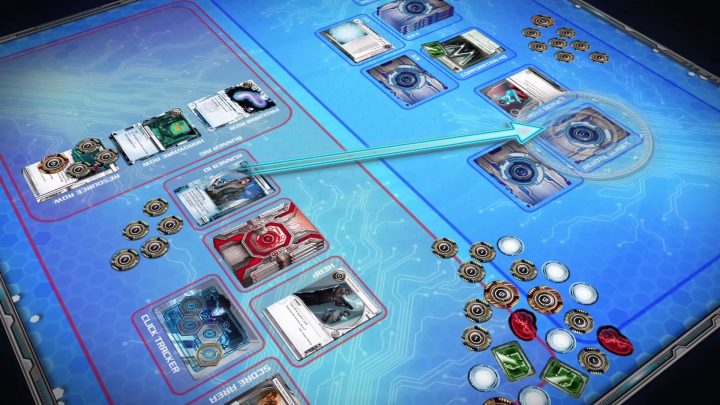 The Runner (left) and Corp (right).

We thus need something different to describe the Netrunner playfield, I like to think about it like this:

Economy, Offense for the Runner and,

Economy, Defense and Threat for the Corp.

Together, a match of Netrunner is an intertwined game of all these concepts, but they are split up between the players.

Economy simply means building your resources, gaining you tempo as usual. However for the Runner this is not correlated with vulnerability. Offense means the Runner spending resources to deny the Corp tempo or gaining points. Defense means the corp investing in ICE and upgrades, countering runner Offense. The critical part here is Threat.

A Threat here means ‘something that the Corp does that if undisturbed will cost the Runner tempo or lose them the game’. This really makes Netrunner stand out as the asymmetry comes out to play for real. The Corp is endowed with the ability to, when it suits them, present a forcing move to the runner that requires a response. The corp invests resources in this threat, requiring the Runner to respond by spending resources or risk taking serious harm or falling behind.

Threats set the pace of the game, and the game in turn forces the corp to make them as agendas continuously churn out of R&D. The Corp is thus on a timer, but may choose when to employ these threats for maximum effect.

Since threats are often not explicitly know from the Runner’s perspective the game heavily leans into bluffing. The Corporation can entice or scare the Runner with ‘fake threats’, tricking them into spending resources or play more safe than necessary.

Together this forms a very intimate game between the two players where moves are not only taken to respond to the moves of the other, but anticipation is an equally large part of the game. To try to anticipate if the opponent can threaten heavily determines tactical choices. To get in their head. 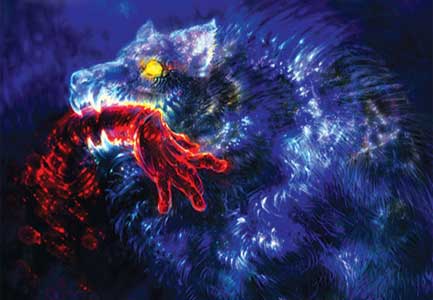 Don’t let the ICE get you..

The original designer of Netrunner, Richard Garfield, strikes me as someone who is specifically interested in game mechanics, design theory and exploration rather than honing on a single design. When Garfield created Magic: The Gathering he learned a lot of lessons. While the success of Magic spawned a multitude of clones and twists in the business he went on to experiment, creating Vampire: The Eternal Struggle and Netrunner. While most CCG’s of the 90’s died, among the few that remained were these two classics. Like the strange stepchildren, outside of the spotlight of the favorite child they trudged on with dedicated player-bases long after the CCG-craze died. 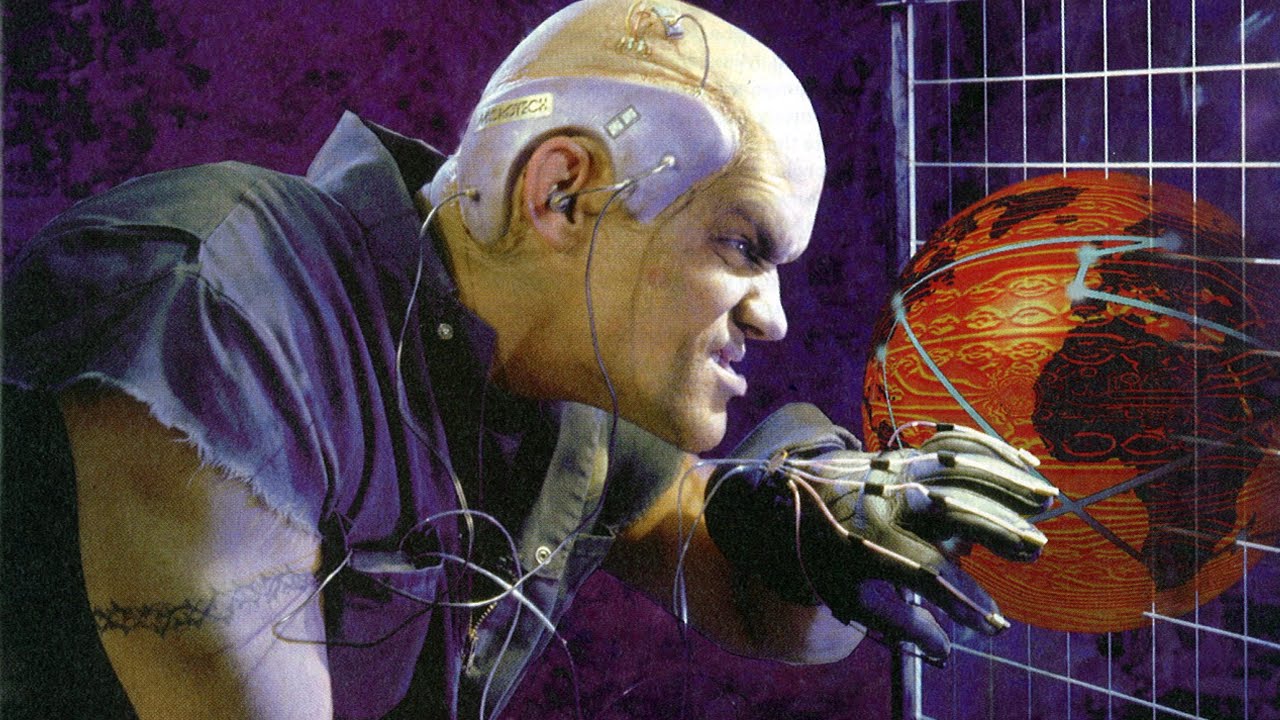 The game was picked up by the Fantasy Flight design studio, and merged with the Android-theme as a new setting. In the FFG era the game went through the hands of several designers with Lukas Litzinger, Damon Stone and finally Michael Boggs. The game saw a resurgence during these years and a lot of design-lessons were learned in its new reincarnation. It was a much better game but leaning on exactly the same core mechanics as created by Richard Garfield. The game did see its fair share of balance controversies, but the design space was also massively explored. Lessons from this era are  firmly rooted in the veterans who still play.

After the game was mysteriously cancelled, most likely for business reasons of either or both sides of Fantasy Flight and Wizards of the Coast, now owned by the two monoliths Asmodee and Hasbro. Fittingly for the theme of the game, profit-incentives of mega-corporations killed it off for a second time. But the game was better than ever.. 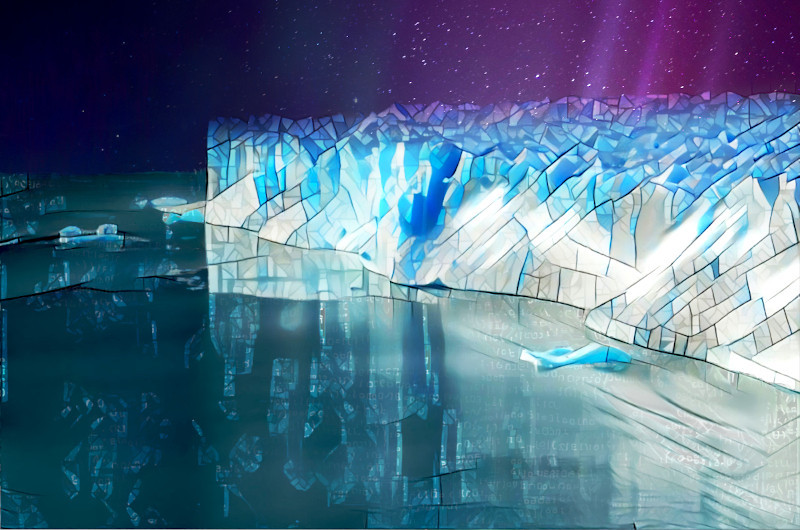 Shortly after its cancellation the very strong community formed a non-profit called NISEI. Named after a card in the game, but more importantly its thematic resonance in the game-lore, a second generation. The NISEI organization has designed and released a set of products, and more importantly just released System Gateway, a product that is designed to be a starting point for new players, and, from a design perspective builds on knowledge and lessons from two previous generations of the game.

As an experienced player and student of game-design I recognize this set as packed with meta-defining, balanced quality cards that shows an impressive knowledge and vision for the future of the game. In addition, all content is available to purchase and can be played without needing any of the FFG-era cards. 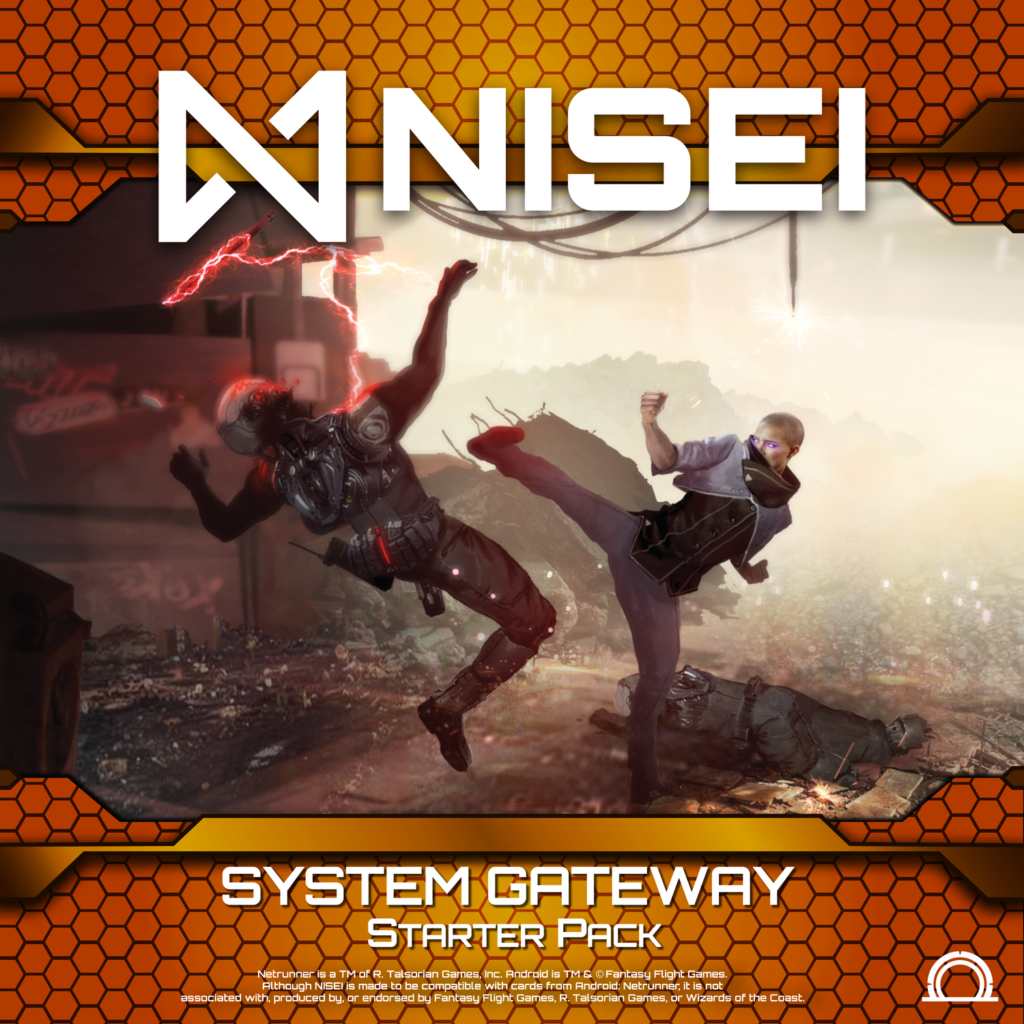 For you wanderers of the cyber-paths who happen to be interested in games, and found your way here, why not open the door? The third generation of Netrunner is just starting…