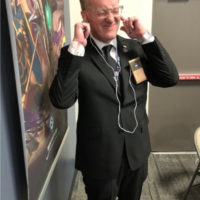 Fantasy Flight Games (FFG) hosts their World Champs the first week of November every year, and this was my fifth consecutive time that I would be experiencing it.  It is a great time, but…

The finale of two days of Netrunning brings two Canadian players to the final showdown at the 2016 Canadian Nationals. Métropole’s own Andrej Gomizelj set his tag-me Eater Whizzard on the far-stretching servers of Alex Bradley’s imposing Controlling the Message. Will the Whiz be able to dish out his typical Anarch destruction, or will CTM’s relaxing virtual tours buy Alex a shot at game two?

Aaron and Alex match up for one final time in the losers bracket finals, as they fight for the remaining seat at the 2016 Canadian Nationals finals. Alex Bradley’s Peddler-heavy Valencia begins her attack on the horizontal servers of Aaron Celovksy’s NBN: Controlling the Message, as Aaron hopes to replicate the results of their previous top eight bout.

The two Canadian titans Dien Tran and Alex Bradley face-off in this high-stakes elimination round. Top seed Dien readies his good-stuff Whizzard to assault the asset-heavy servers of Alex’s Controlling the Message. No matter what, one of these top-placing Swiss players’ Nationals run will come to an end.

Two of Ontario’s finest players meet up in game two! Ottawa’s Alex Bradley investigates the political servers of NBN’s new megacorp, Controlling the Message, managed by Toronto’s Aaron Celovsky. Can the criminal-boosted Anarch economy keep up with the unions and tags of the post 23-seconds NBN?