At Worlds 2017, we crowned our first Queen Bee… reigning King Bee Eric Keilback (aka whiteblade111). Eric was the highest placing bee player in Swiss last year, with his deep space murder machine. While his Gagarin deck may have been inhospitable to runners, it provided a loving home for bees. 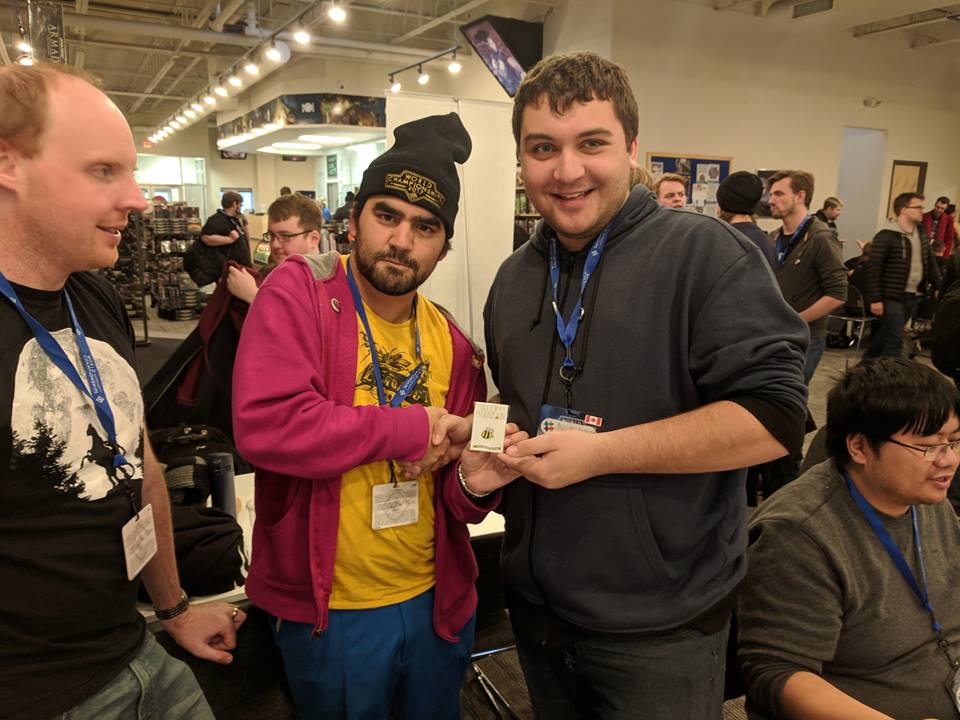 This year, the title of Queen Bee is on the line at Worlds again! Eric said he’s probably not playing any bee cards, so we’ll probably get a new monarch!

– How do I become the next Queen Bee?

A bee card is any card on these lists:

Besides the authority to preside over bee related Netrunner matters, you also get a bee pin.

A Great Prize in Gaming

I ordered this one from this nice Etsy shop called Vintage Unicorn. It’s cute!

– That sounds great! Is there anyone you want to thank?

– Is there anyone you want to apologize to?

– I think some of the bee cards on your list are wasps.

I think you will find if you look at a phylogenetic tree, a wasp is just an unloveable bee. I love all those cards, so there you go.

Sanjay is a happy member of the Delaware Netrunner scene as well as a cartoonist whose work can be found at cowbirdsinlove.com