Why I Hate Shaper (And You Should Too) – By Eric Keilback

I hate Shaper. I don’t hate Shaper players! Some of my very good friends are Shaper players. I disagree with their life choices, but I don’t begrudge them for playing Shaper, I just hate the faction. I’m also not concerned with bad Shaper decks. The local Shaper jank deck that never wins but does cool stuff is not a moral evil. I hate good Shaper decks. Particularly, I’m concerned about the new Shaper tools and how they give rise to a brutal prison control deck. I’m going to explore the history of Shaper control, our present relationship with Shaper prison decks and what the future will hold with Parhelion.

Criminals Anarchs and Shapers Oh My 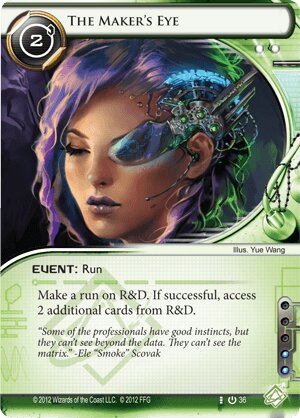 Running is the most interesting part of Netrunner. It’s a testing of the defenses laid out by the corporation and involves interaction from both players. The tension of what ice is where, what a facedown asset is or whether a key event will resolve is endlessly interesting. Both Criminals and Anarchs are fundamentally run focused. Their win conditions almost always involve running to get the job done. This is why Reg Val was loved by high level players for so many years. It had a very fair and straightforward gameplan. Use breakers and run focused multi access to pressure centrals while using its bad publicity to get discounts on centrals and on trashing assets. Lots of running, lots of interaction.

It’s when the runner decks start to not run that things get toxic. Clan Vengeance Anarch didn’t want to run, instead using Zer0 and CV to accumulate counters and trash the hand. Criminal had a GPI net tap deck that used Zamba and Aumakua to make absurd amounts of money and put the corporation in a lock. Both those decks had key pieces banned from them.

Early on, Shapers actually did run! Prepaid Kate ran early and ran often, contesting astrobotics and other decks. Even early pressure events such as indexing saw more play out of faction than in faction. With the release of Clot in the Sansan cycle a new breed of Shaper deck arose. Why run and pressure centrals when you can remote camp? Self Modifying Code enables you to tutor for clot and stop fast advance decks, with Clone Chip supporting you. This breed of remote camp Shaper only continued to get more support as cards came out. This isn’t a player problem, it’s a cardpool problem. No win conditions for Shaper that focused on running were printed, so players were incentivized to keep setting up. 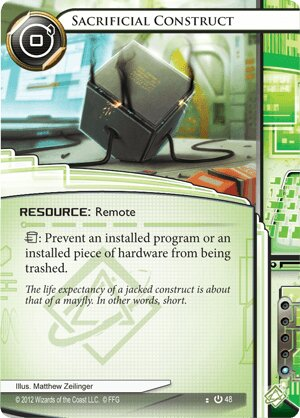 This culminated in some truly brutal Shaper lists that were not interested in running at all. Laguna Lock Hayley didn’t want to run early and contest the board, they wanted to assemble the ultimate value engine. Why take risks when you can install solid economy cards and win for sure later? Many mid tier corporation decks simply can’t keep up with the sheer value of pawnshop. Misdirection being printed in Flashpoint made Shaper immune to yet another divergent corporation win condition.

Not all Shaper decks are control and value focused! Some actually wanted to run. Circus Hayley and Pirate Hayley were both fun and run focused runners. They paled in power level to the truly powerful Shaper lists, Pawnshop Hayley throughout the years, and Laguna lock Hayley.

Why I Hate Shaper

Shaper as a faction has not been strong until recently. System Gateway released a series of foundation economy pieces for the faction, but ultimately it didn’t help them return to competitive play. It was only with the release of midnight sun in the summer of 2022 that we got our first taste of Shaper prison again. Lat with three copies of Pad Tap and Rezeki ran the format at Continentals, winning APAC and dominating the cut at the other Continentals. Using the new Endurance to invalidate ice, it was quite satisfying to sit back, accumulate infinite money and only run when it absolutely needed to. If you weren’t pressuring it every single turn, you got out tempoed on money and eventually lost.

This ability to generate near infinite resources was compounded by the faction’s ability to play tech cards. Tech cards often come at a high deck building cost in Netrunner because there’s little ability to tutor for them and no sideboarding. You can’t play clot in criminal. You won’t draw it in time nor can afford to play multiple copies into dead matchups. Shaper doesn’t care. They can tutor for clot or tutor for misdirection. With the capability to load silver bullets into their deck at a very low cost and their ability to cheaply break ice and infinite economy, the great and terrible Shaper prison deck was back on the menu

Or so we thought. The ban list team correctly identified that this was a problem and the post continentals ban list update banned Rezeki and Pad Tap. This actually did improve the format! Shaper continued to be viable at the top level of play but not utterly dominant. As the format adapted there were even corporation decks such as R+ that really exploited the endurance and other Shaper decks. As long as no cards were printed that allowed for an infinite economy, or enhanced Shaper’s ability to play and tutor silver bullets, the outlook seemed optimistic. Even if a new card was printed, the worst thing was if it could be tutored somehow, making the consistency of this new prison deck extremel- 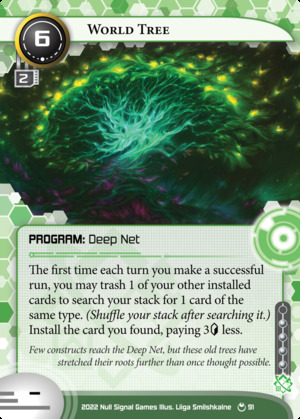 Infinite economy is back. All those bad silver bullets that ruin specific strategies but never get played because you can’t tutor them? They can be tutored now. At least the Runner had to get lucky and draw a turn one Endurance. With a relatively easy set of economic conditions a turn one World Tree is not hard. From there, they can tutor for pawnshop, and start dripping 3 credits a turn while getting whatever pieces they need. Shaper prison is back, and better than ever.

Why You Should Hate Shaper Too

For the purposes of this section, I want to reference this deck by my good friend Dee.

This deck aims to get a World Tree out early, and then assemble an insurmountable boardstate of super efficient breakers and support pieces. Turbine and Cyberdelias mean any late game ice suite will be melted. The deck is functionally a ball of economy and tech, with either being able to be tutored via the World Tree. Wu can tutor a Self Modfiying Code which will then be used to grab the World Tree. Need to find programs? Use Wu to get a harbinger and trash it to World Tree. Need a Clot? Tutor it. This deck could easily play Caldera, or Citadel. The sky’s the limit.

“But Eric” I can hear you cry, “The World Tree requires a successful run, this is a run-focused Shaper deck!” I wish that was true. Like any good prison deck, we’ve made sure that we get to resolve our value engine irrespective of whatever the Corporation does. Let’s imagine that by turn one or two the Corporation has iced all the centrals and could reasonably rez the ice. That’s a big ask, but let’s dream big. Our intrepid Shaper player built a great prison deck, so they Wu for Mayfly and use Flame-out or Overclock to get into a central and get the ball rolling. 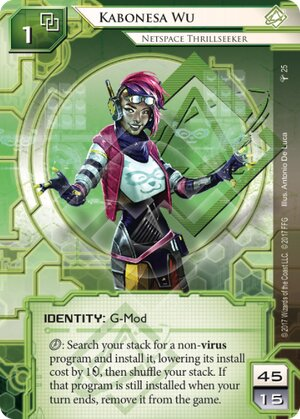 The reality is that this archetype is only vulnerable from turns 1-5. Once it hits the midgame, you’re buried under pawnshop economy and brutally efficient tutoring. We’re not only tutoring cards into hand, we’re installing cards at a 3 credit discount. No Corporation deck can outvalue this. The only deck that seems reasonable versus World Tree Wu is R+, who can use Drago Ivanov in turns 2-4 to bounce the World Tree back or trash Pawnshop. Didn’t draw Drago in the first few turns of the game? Whoops, guess you lost!

Listen, if you were one of the people complaining during midnight sun about Endurance ruining the game, World Tree has way worse implications for the format. Endurance only attacked ice, now we have a tech card tutoring, economy tutoring monster. It can play north of 60 cards and be fine, which takes grinder as a viable strategy off the table. If you had some tier two Corporation deck that tried to score behind ice and were concerned about Shaper before, We’re at defcon two now with World Tree.

I am not sure whether the current lists floating around are going to be the ones that end up ruling and warping the meta. I am sure that a meta defining list will float to the top. The flexibility and tutoring that the World Tree offers means that you can tune your deck to compensate for bad matchups with ease. I expect we will see a brew of World Tree Wu within a month that can beat R+ reliability at the expense of another niche matchup.

Null Signal Games has repeatedly banned prison decks and their enablers. Government Takeover BTL, Rezeki Taps Lat and GPI Net Tap criminal all got key pieces banned from them. I believe that the World Tree archetype out of Shaper is going to get fast tracked to a ban. During the continental season I didn’t feel like the Endurance was the issue, instead Rezeki was problematic. Similarly I believe World Tree shouldn’t be banned. Instead, Kabonesa Wu should be banned. The ID allows for way too consistent tutoring and is a limiter on what can be printed for the faction. The interaction between SMC and Wu means that any program can be tutored for, from a deck of any size. Ban Wu, kill the prison deck and save the fun jank build-around.

It’s clear that Shaper prison is back. The sheer flexibility granted by World Tree allows specific tech cards to be tutored for every matchup. You can now play a deck north of 45 cards that can fetch Aesop’s Pawnshop consistently. I imagine that after the next competitive season this archetype will see some sort of ban list action. I genuinely believe that Wu is the problem, not the World Tree. Ideally Wu is banned and the World Tree becomes a tier 2 Shaper deck that is value focused but more reasonable in the field. Then I can start to hate Shaper a little less.

Eric Keilback (Whiteblade111) is a competitive Netrunner player who focuses on high-level tournament play. He is a top 16 worlds finisher and former national champion. His hobbies include going to law school and complaining about Shaper being good again.