Roseville US Champ Card Design: Dead Game and the Future of Netrunner – By Patrick Burk

In the lead up to 2018 US Nationals, Roseville Cycle masterminds Brian Cronin and Andrew Cortez announced that the Champion at the tournament would have the privilege of designing a card for the cycle. For those of you who don’t know, the Roseville Cycle is a fan-made “Un-” style set in the tradition of Magic: The Gathering. It’s set in FFG Headquarters’ own hometown of Roseville, MN and includes hilariously overpowered cards, neat damage (you read that right), PsiPsi games, lots of Xs and Ys, and references to Olive Garden. What more could you want? We cubed with it at Worlds and it was an absolute blast. If you’re interested in this this paragon of design, you can find a copy of the card spreadsheet here. 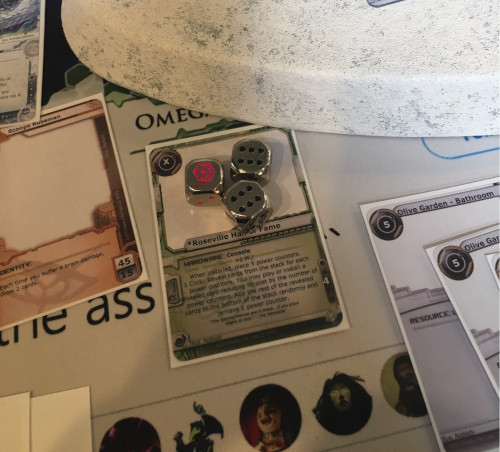 THE neuropantser getting out the ultimate Roseville combo with a card he designed. :thinking_face:

I was fortunate enough to win Nationals, and gleefully came up with something appropriately goofy and fun for the cycle. Now that it’s post-Worlds, the last official Netrunner World Championship, I thought it would be appropriate to share why I designed the card the way I did.

The card is called Dead Game. 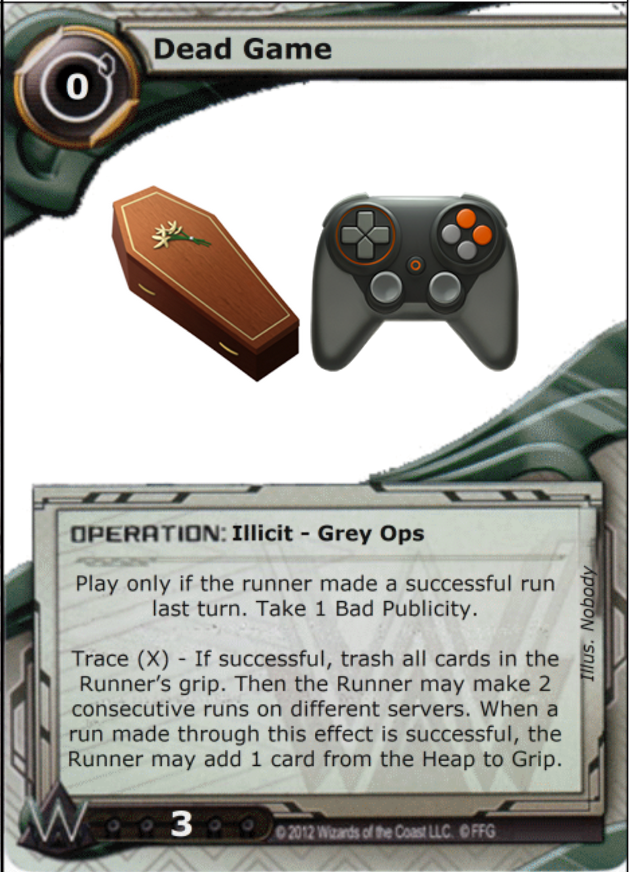 Slack memes for a Dead Game felt appropriate. There are some small misprints–what is X!?

Play only if the Runner made a successful run last turn. Take 1 Bad Publicity.

X is the amount of Bad Publicity you have.

It’s designed to be the initial alley-oop to a kill setup, threatening a follow up Neural EMP, Ronin, Contract Killer, or Show of Force. It’s a lethal card, endangering even Brain Chip Adam or other big hand-size decks. It can also force the Runner into card attrition through Bio-Ethics Association and Genetics Pavilion. The only way to avoid the implied kill is to make successful runs through dangerous servers and come out alive. If the Runner manages to trick their way through, they may end up with even more useful cards than they started. It’s probably not balanced, but that’s half the fun of Roseville! 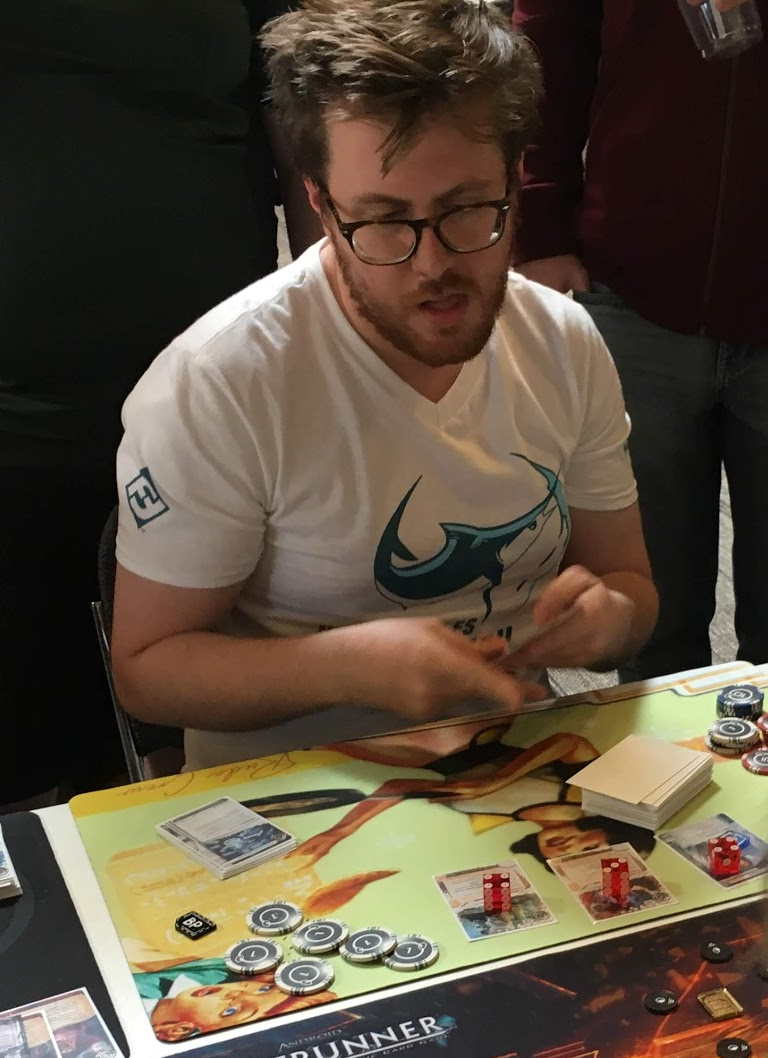 Ctz’s face while he’s getting dunked by an anonymous TOP TIER player during Roseville cube.

I had a lot of fun designing this card, and wanted to make something that was definitely a meme, but maybe just a little bit more than that. The name is a direct reference to our beloved card game meeting its end of official support. For this, the Corp gets a Bad Publicity—I wonder how many Netrunners are going to move to other FFG properties after this heartbreak? The trace gets stronger with more BP because obviously the Corp has done this before, and you know for certain that they’re not going to bring it back. When the Corp wins the trace, the Runner loses their Grip. Everything in their head, their ideas and hopes and dreams, they all go away.

However, the Runner has a chance. If the Runner can make it through the high barrier of effort that it takes to make two successful runs on defended servers, they may come out of it alive. They may even be in a better situation than they started if they’re careful, and choose wisely.

That’s Project NISEI. We’ve lost the security of having an official company backing our game. To a lot of people, this is the end of the line, and I don’t blame them for feeling that way. But this community is strong, and with no small amount of effort, we can make it through. There are plenty of examples of the strength of our community, such as large fan-run tournaments like Scot Pagliaroni’s exceptional King of Servers, funding Ben Torrell who donates no small amount time and effort to creating CNN-level streams, and the extraordinary outpouring of support for the family of Ciara Maxey, and others facing identity and gender issues (link for further donations here). 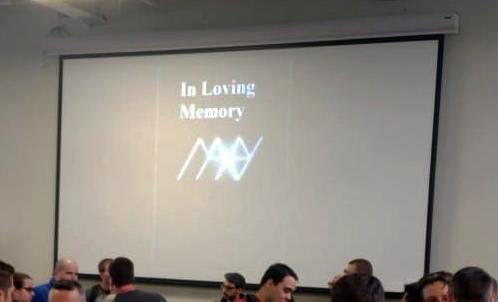 Charity drive in memory of Ciara during the tournament.

After the cascade of emotion at Worlds, all of these thoughts have been running through my head again and again. I’ve never been part of a community quite like this one. If there’s any group of people that can make a fan-run card game work, and work well, I believe it’s this community. We can bypass that ‘end the run’ subroutine, and we might even come out better for it. I have faith in us. Even though we have ourselves a Dead Game, I think we’ve got a fighting chance at not only surviving, but growing and flourishing.

I love this game, and I love this community. I can’t wait to see you all at Worlds 2019.