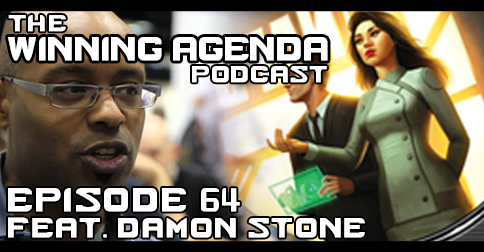 Special Guest Damon Stone, Lead Developer of Android: Netrunner! – With the recent announcement of the NAPD Most Wanted List, we got in contact with Damon Stone in order to pick his brain on each and every aspect of the list! Sourcing questions from listeners all over the world, Damon gives and open an honest interview regarding the decision behind the Most Wanted List.

Remember to join us each and every Monday for new episodes as we enter the Store Championship Season of 2016!

Like what we’re doing? You can help support us on Patreon; http://www.patreon.com/thewinningagenda