Luke Golden (NEH) and Gabriel Rosauro (Valencia) face off in Round 5 Game 1 of the Giga-bites Cafe Netrunner Store Championship in Marietta, GA on February 28th, 2016. The latest legal Netrunner set at this tournament was Kala Ghoda, and the MWL v3.0.2 was in effect.

This is a recording from a livestream, with commentary provided by Aaron Konnick and Josh Brzinski, and production by Ben Torell. For more Netrunner livestreams, follow on Twitch at http://twitch.tv/dodgepong 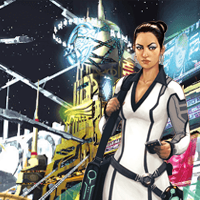 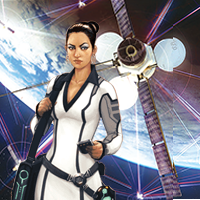 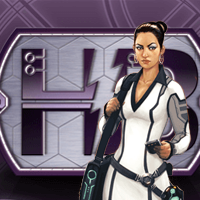 Winter Kit season is upon us, as the runners and corps of Montréal prepare their finest (and ‘funnest’), as they battle for shiny new Corroders and a gorgeous punk rock playmat! Game one brings Jerome’s incredibly brutal Valencia Vamp-Mill, as she twists the arm of my very own glaciery Blue Sun deck. With D4V1Ds and Blackmails at Val’s disposal, can the lunar power giant even protect themselves from her prying and investigative eyes?

The final game of BD Cosmos’ third summer kit has the Angel of Cayambe investigating the ever expanding servers of NBN’s broadcast center, the Near-Earth Hub. The pressure is on as Valencia sets up her network of public access terminals and unsuspecting patsies, in her attempt to establish the infamous and deadly ‘backwards connection’. Can the productive minds at NBN push out the news fast enough, or will they find their servers helplessly leaking invaluable information?

Round 5 Game 1 of the King of Servers Team Tournament between Laurie “lpoulter” Poulter’s Valencia (of team Turing Test) and El-ad “lirionClaus” David Amir’s Argus Securty (of Team Sponsorship). Commentary by Dan “CodeMarvelous” Spinosa and Nick “Sotomatic” Soto. These games were streamed (over 4G) and produced by Ben “dodgepong” Torell.