The NISEI Board plays… Encore! The Future of Organized Play

Hi all! Austin (NISEI Organized Play Manager) here with some new scoops for you. Today’s topic is, of course, Organized Play. First and foremost though, I think it’s important to reiterate that NISEI is committed to promoting a culture of good sportsmanship and mutual respect as well as creating safe and inclusive environments for all participants. Three simple philosophies are guiding our hand:

With those goals in mind, let’s dive right into what you’ve got to look forward to. 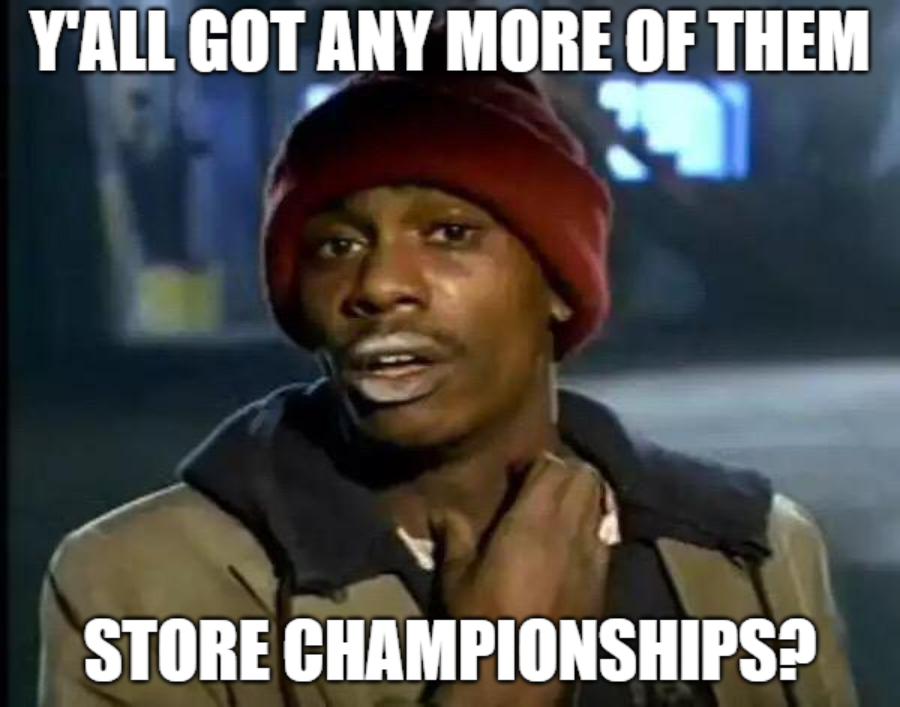 The 2019 season will kick off promptly in January. Our goal is to have Winter Game Night Kits in the hands of Tournament Organizers by December – prize support for these is already being produced.

Game Night Kits will still be happening quarterly, and we’re bringing back playmats! Each GNK will include a handful of one or two alt-art cards, as well as a playmat for the event’s winner. Anyone will be able to order a GNK and run their own events with them.

Store Championships will start in February and run through the end of April. Regionals will go May though July, Nationals will be sprinkled in until the end of September, and we’re shooting for a World Championship in mid-October.

Speaking of World Championships, it’ll be a weekend packed full of prize support and side events and we’re looking forward to the official announcement! We heard what you had to say in the survey, and we have a short list of locations being considered – most of which are outside North America! Every year, we’ll change location to maximize participation opportunities.

This is the policy change I’m most excited about – proxies will be legal at all NISEI events. The goal here is to maximize the ability to participate while minimizing the opportunity to cheat. Here’s the official policy:

A “proxy” is a paper stand-in for a legal card that the participant does not physically own. They are allowed at all NISEI Organized Play events. A proxy must be:

Rotation is still going to happen moving forward. Remember way back when it was first announced, and everyone thought the sky was falling? Then remember when the sky never fell and the game was better for it? Rotation is necessary for a healthy game – it makes for more accessible formats and helps keep the meta fresh and exciting.

We’re changing the way rotation works, starting with reining in the current card pool (it’s a bit on the unwieldy side). At the same time, we’ll be announcing a new Core Set. We want to continue the precedent of a Core Set as a unique out-of-the-box experience, and they’re useful for filling in gaps and addressing issues in the card pool. Given a more aggressive rotation policy, we’ll be releasing updated ones regularly.

If I were you, I’d expect to see rotation and Core Set 2019 before the end of the year.

You told us how you felt in our first outreach survey regarding the formats you want to see at NISEI events.

Standard – Standard is good-old-fashioned Netrunner™. At the moment, this consists of the Revised Core Set, Lunar through Kitara cycles, Terminal Directive, and all five deluxe expansions. In the near future, we’ll be adding to this card pool with NISEI-designed expansions and subtracting from it via rotation. Store Championships, Regionals, Nationals, and the World Championship will follow this format. Standard, of course, will be the main attraction, but we’ll be organizing occasional events for the following formats:

Eternal – The Wild West, if you will. A format without rotation that only grows larger and where anything goes. Always wanted to play DJ Fenris Noise-Hayley? Midseason Replacements into High Profile Target? Or maybe MCA Austerity Policy RP? Well now you can!*

Snapshot – A “snapshot” of the card pool and MWL exactly where FFG left it. Currently the same as Standard, but don’t expect that to last long.

Draft – Everyone loves a good draft, and there will be no shortage of them in the future.

More details on all of these formats will come in future announcements!

The rules and regulations for Netrunner currently span 56 pages of inconsistent policies over several documents, so we’ve been doing our best to clarify, simplify, and consolidate content into a single, legible document. Here’s some of what’s changing:

Nobody likes being surprised by MWL updates a week before a tournament, and an ambiguous announcement is worse than no announcement at all. NISEI is all about honest, clear communication, and you’ll find the OP team doing its part in the form of consistent MWL updates. They’ll come for all formats at once and quarterly at the very least, and we won’t hesitate to make emergency updates if necessary.

In other news, our logo contest has ended. Next week we’ll be presenting you with our favorites, and those whose designs were selected for the next steps of the process will be presented with a very exclusive prize!

We’re still looking for staff! Whether you’re interested in helping us run the organization or are just interested in throwing your name in the hat to run a local tournament in the future, please fill out the application and we’ll reach out to you!

Finally, you’ve certainly got questions, so please don’t hesitate to ask! You can anonymously submit questions and they’ll be answered publicly here.

As always, thank you for being the best part of Netrunner! Get involved, spread the word, and Always Be Running!

PS – If you’re going to be at Magnum Opus, drop by and say hello! We’ve got some exclusive prizes to hand out and you might just walk away with a scoop or two 🙂 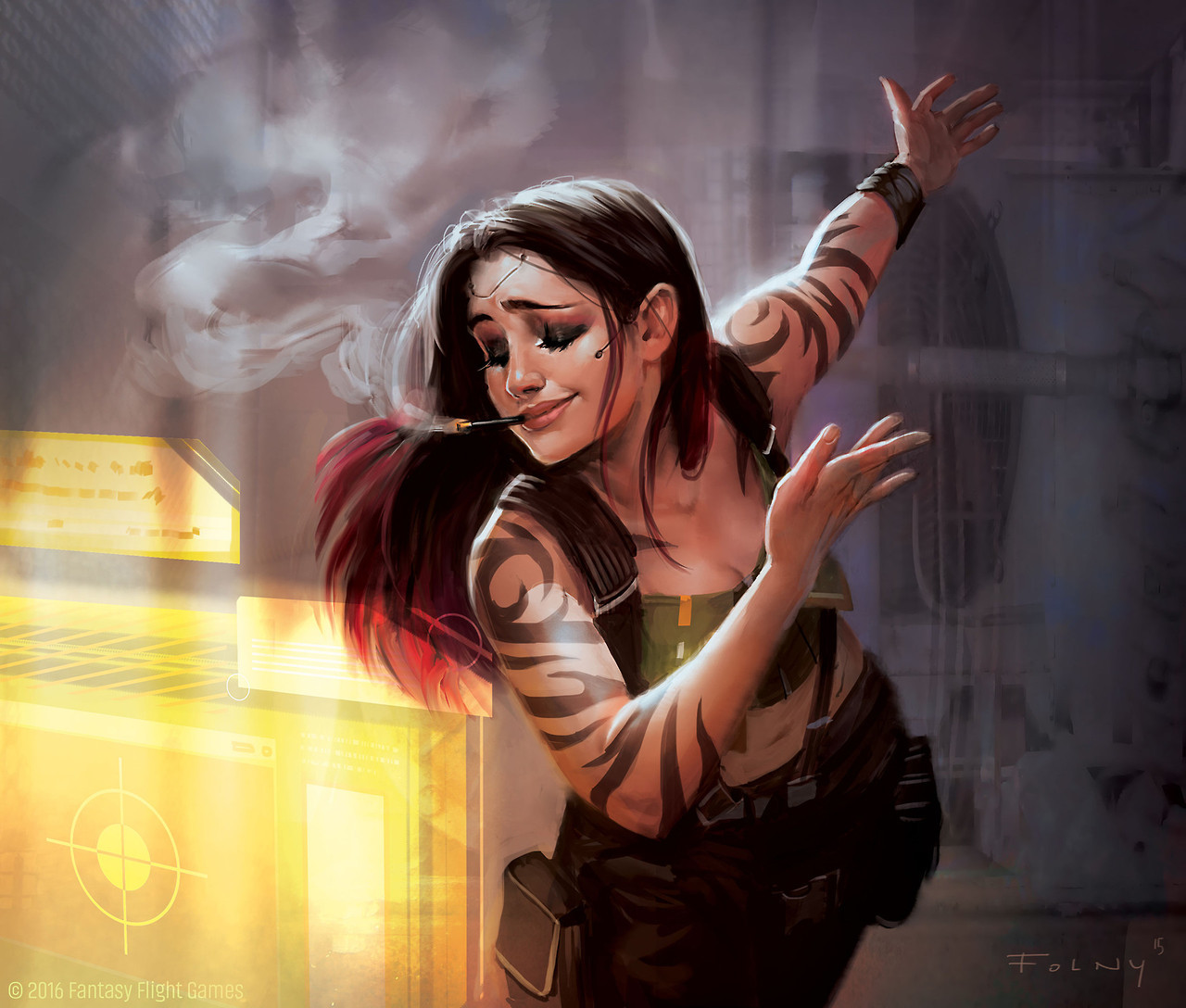